On Oct 09, the club provided a display of models for the Wings and Wheels event at the Museum of Aviation.  Table set-up was at 8:00AM and the display ran from 9:00AM to 3:00PM.  Member turnout was OK with at about 10 attending sometime during the day.   People arrived and left as their schedules permitted. 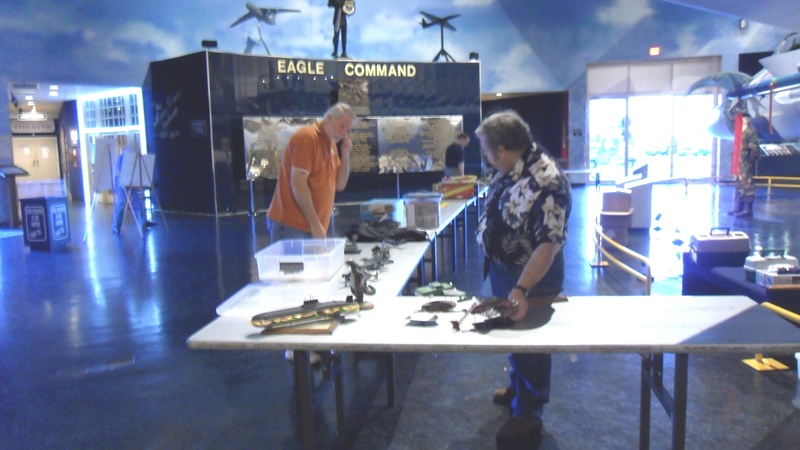 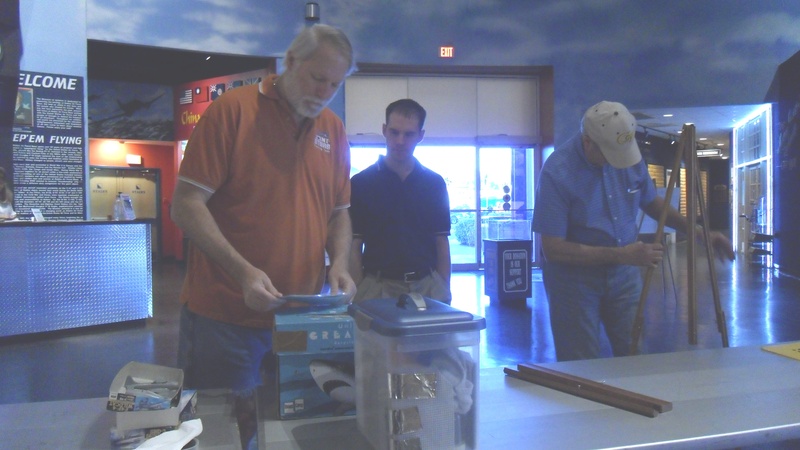 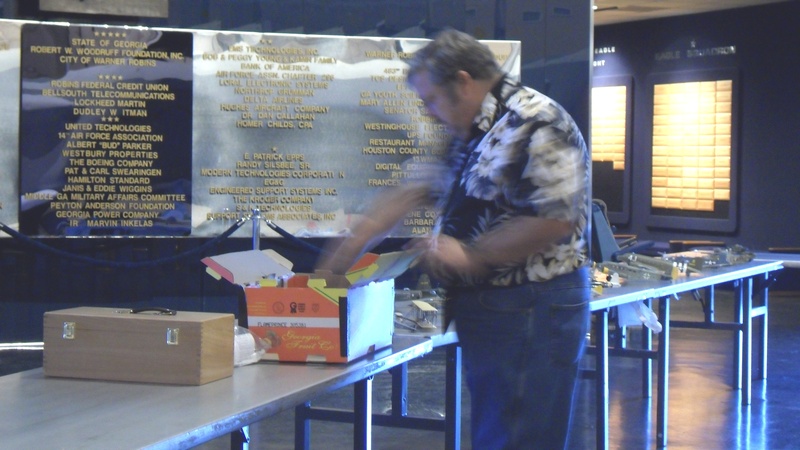 Set-up was in the Eagle Building in front of the F-15: an impressive venue.  The museum lighting was really too dim for anyone to work on models, but Greg Steinke and Jerry Hall both brought lamps and a table.    These provided adequate space and lighting for those who wished to work on models. 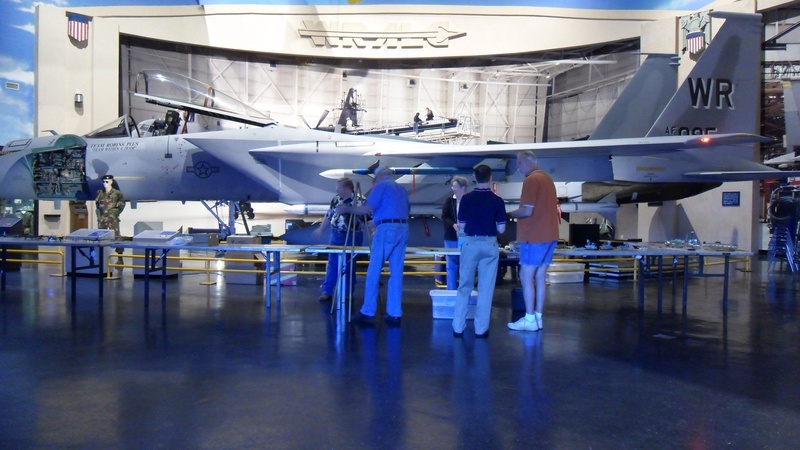 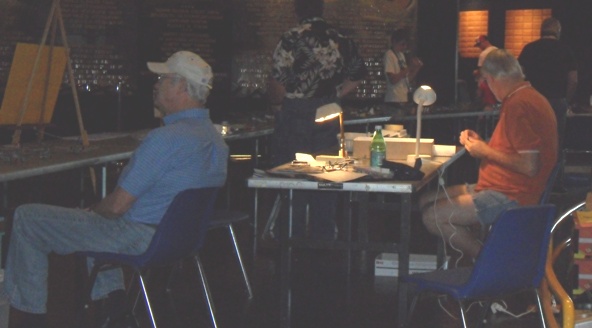 The goal of the display was to raise the public's awareness about the club and to recruit potential members.  I think we were successful to osme degree.  There was a steady stream of people looking at the tables. 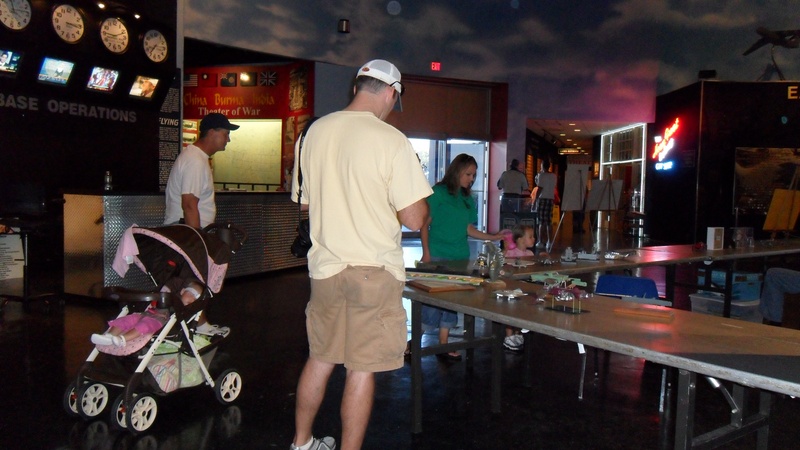 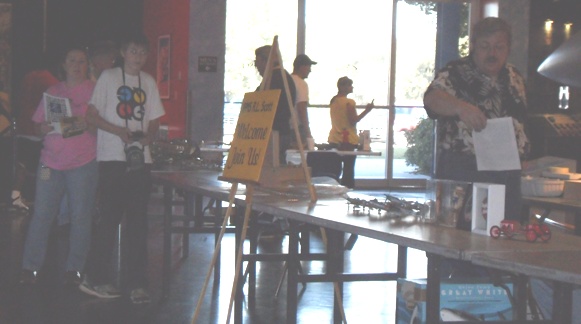 Most of the people had their attention captured by Bill Paul's offbeat models and Chis Miller's monter figures. 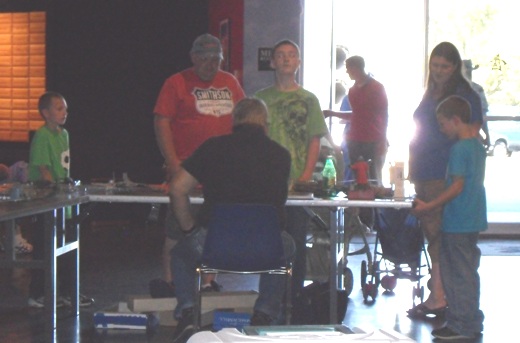 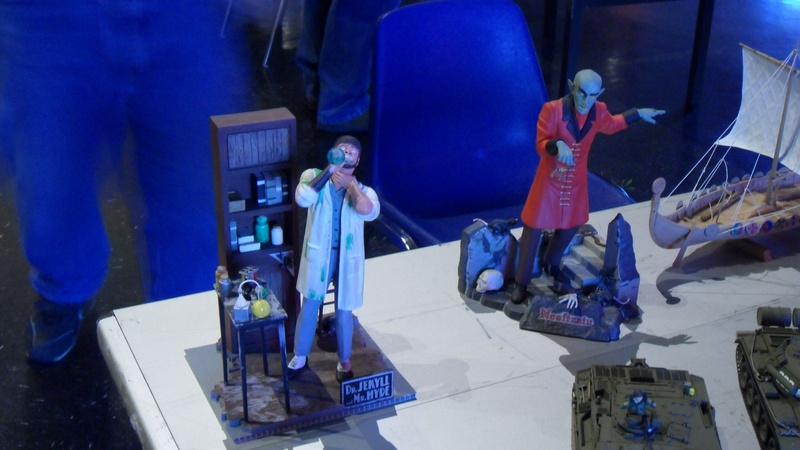 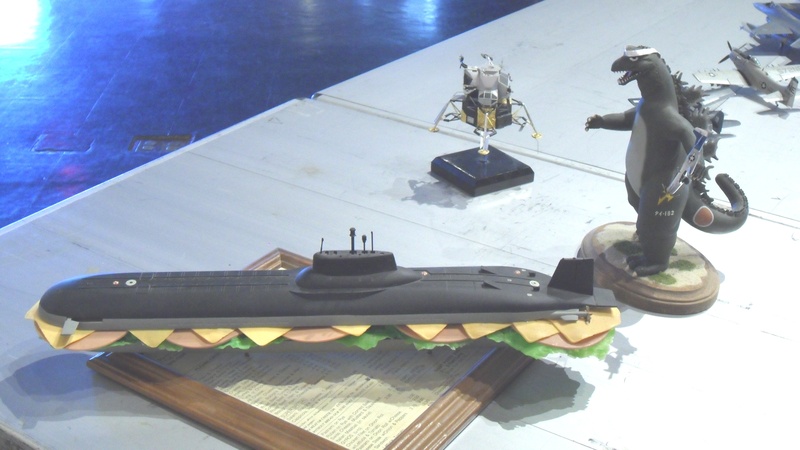 Most of the models displayed were aircraft with a few figures and armor.  We had no autos displayed at all.  So, I guess we were wings, feet and tread in our display. 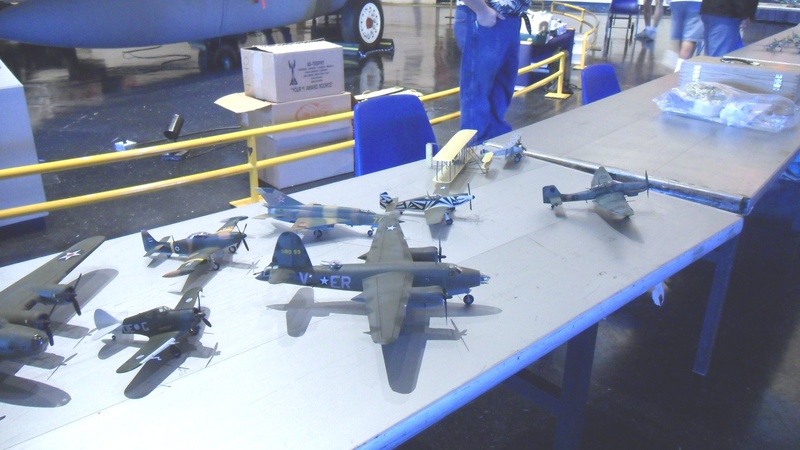 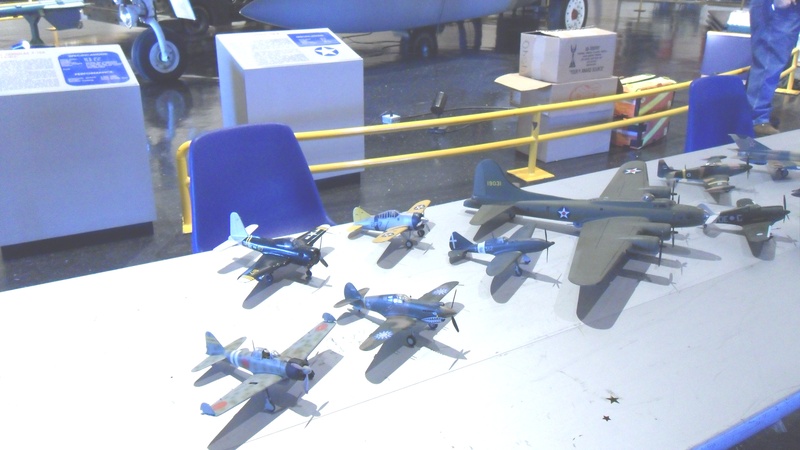 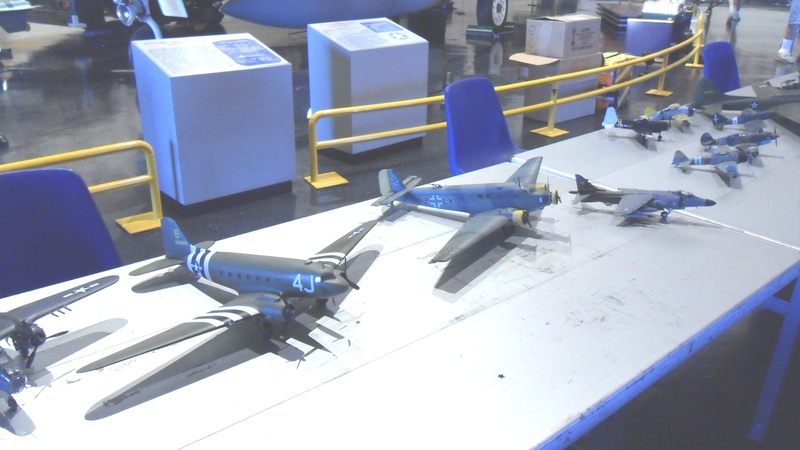 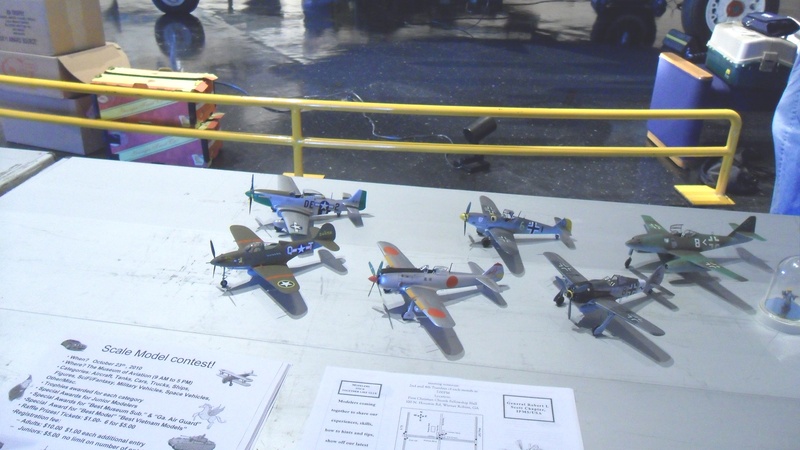 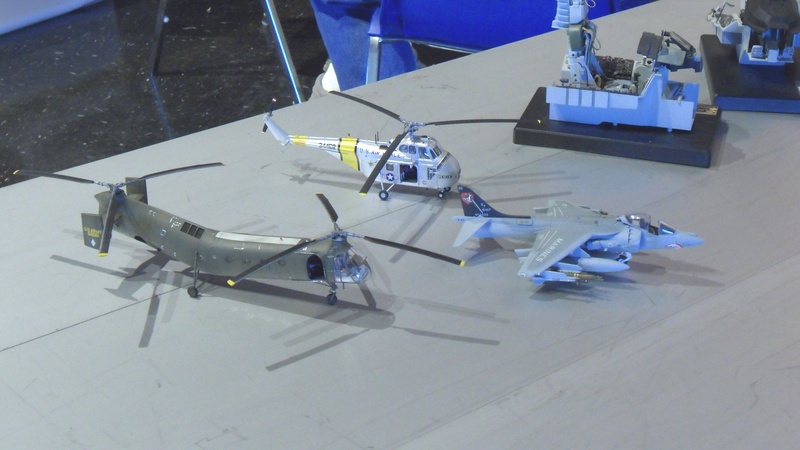 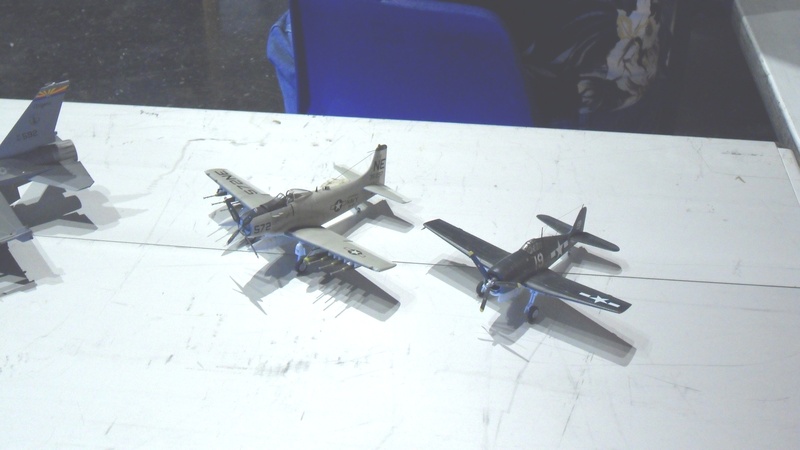 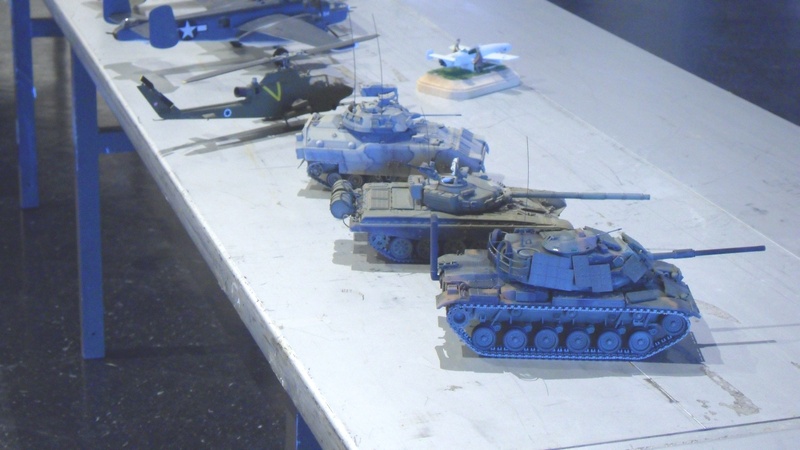 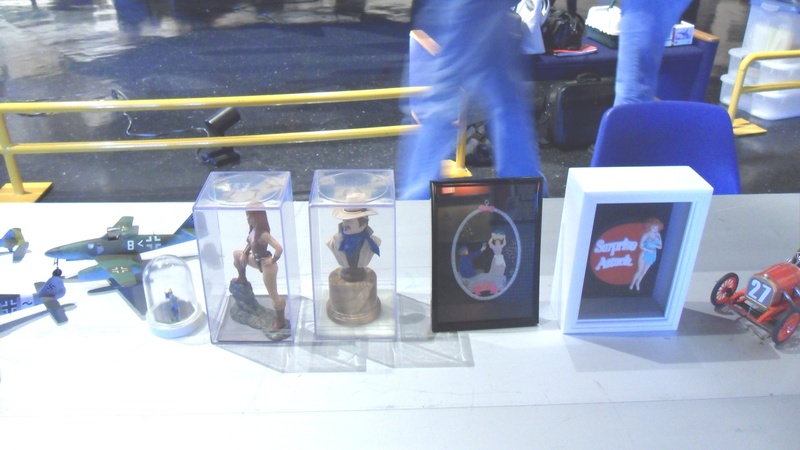 Overall, it was a good time.  Unlike the Mall display, I don't think we picked up any new members but foot traffic was a lot smaller, too.  We did cause some interest among the public, though; especially asmong the younger crowd. I bet David Anderson sold a few models in the gift shop because of us.  And that's not a bad thing.