David VA, Carol and I (Jerry Hall) represented the Club at this contest.  Despite the title, the contest was held in Duncan, SC, just outside Spartanburg.  It’s a looong five hour trip to Duncan; too far for a comfortable out and back.  So, we left at noon on Friday, the day before the contest, with the intention of spending Friday night there.  Except for the usual "county traffic", the trip was uneventful, just the way I like it.

Carol and I stayed at the Holiday Inn Express; a very nice hotel with a comfortable bed a very good breakfast. I made use of the exercise room and pool. 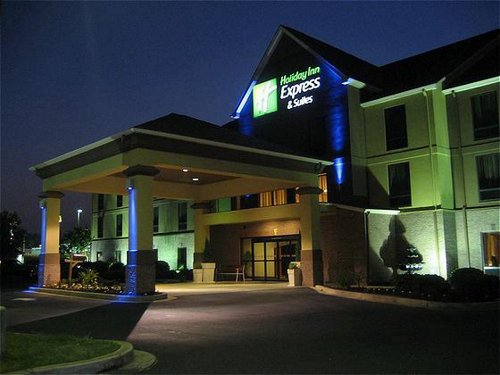 We arrived at Byrnes High School, where the contest was held, at about 1000.  There was a long line to register models. They only had two people trying to do it all.  I did like the forms they used for registration, though. There was a main data sheet that listed all the entries and separate ones for each model.

The display room was the school cafeteria. It was roomy, but hot! No A/C!  Most of the vendors were arranged out side in the halls; very easy to get to.  There were only three professional vendors, the rest were people thinning out their "Stash". Prices were very good and negotiable! 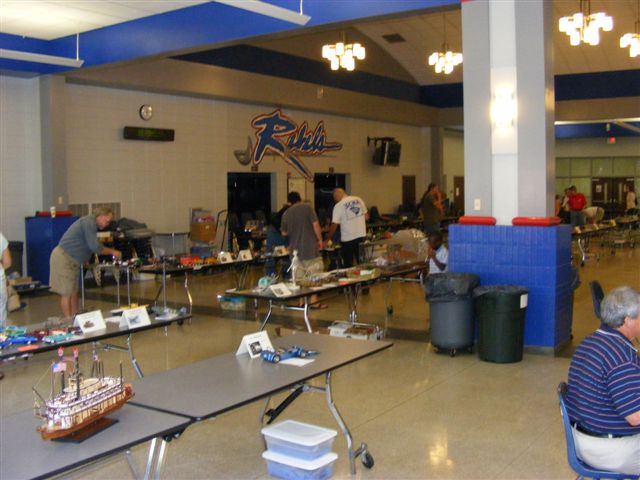 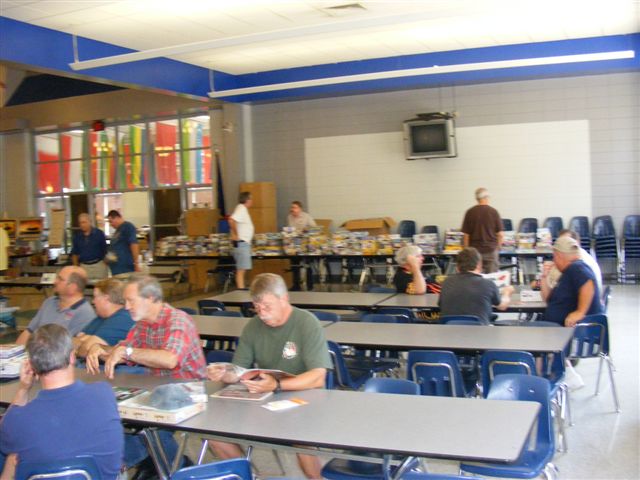 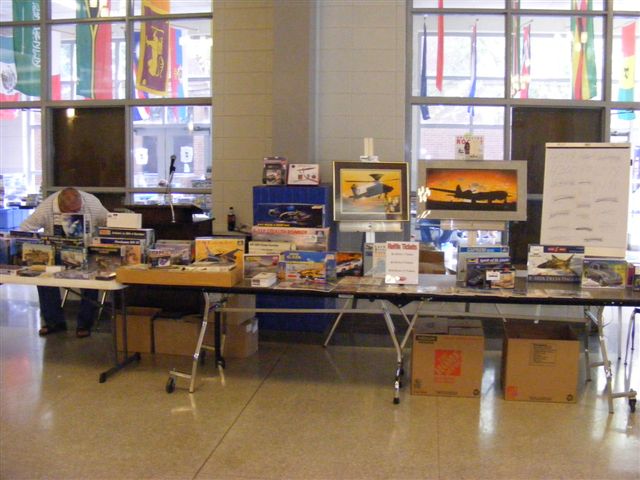 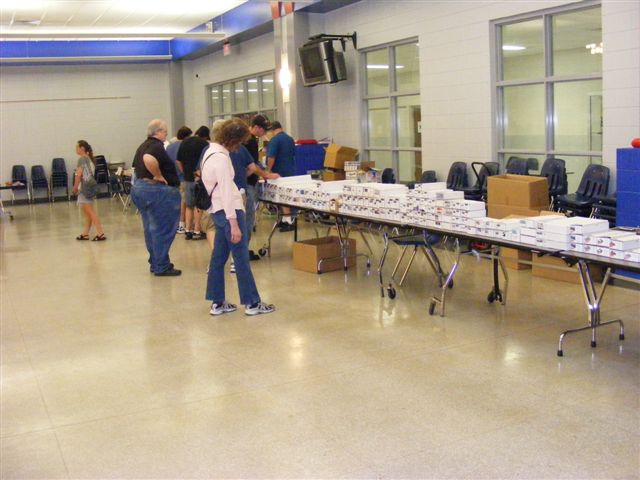 There were not many entries in aircraft at all. I was very much surprised. 1/72 scale aircraft was pretty well represented: there were several large Soviet bombers, all very well done, plus an SR-75..? Didn't know there was one. 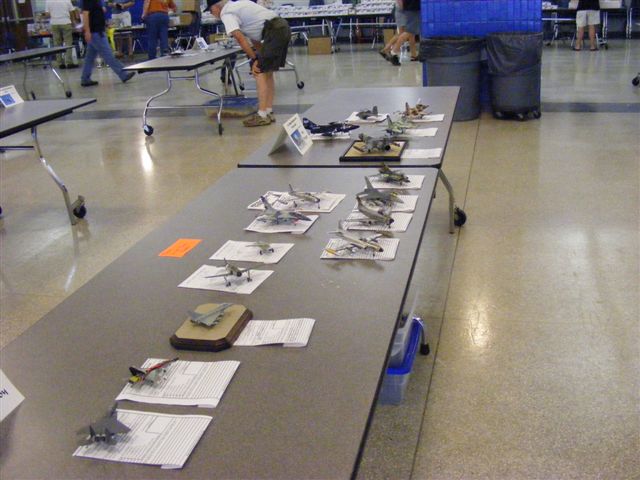 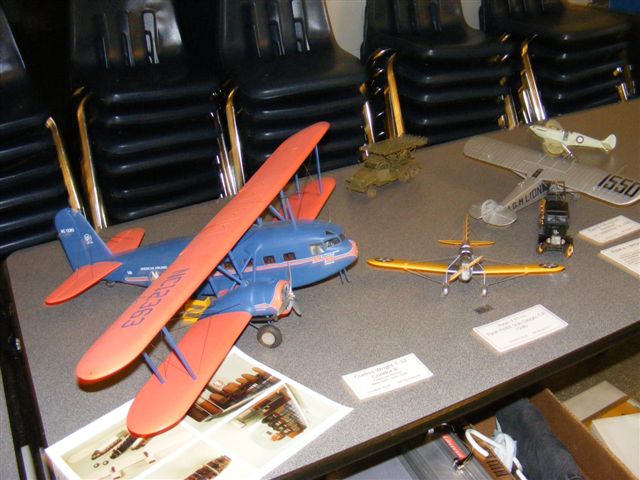 There were only eight 1/48 scale single engine prop entries. This was split into Allied and Axis. No 1/48 scale multi-engine entries at all. 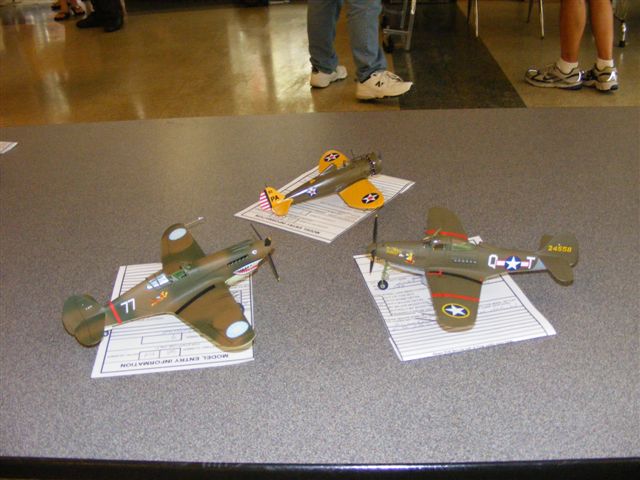 However, Bi-Planes were pretty well represented. 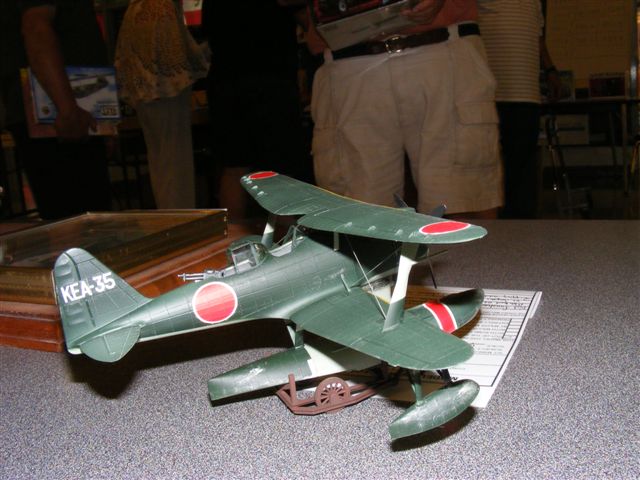 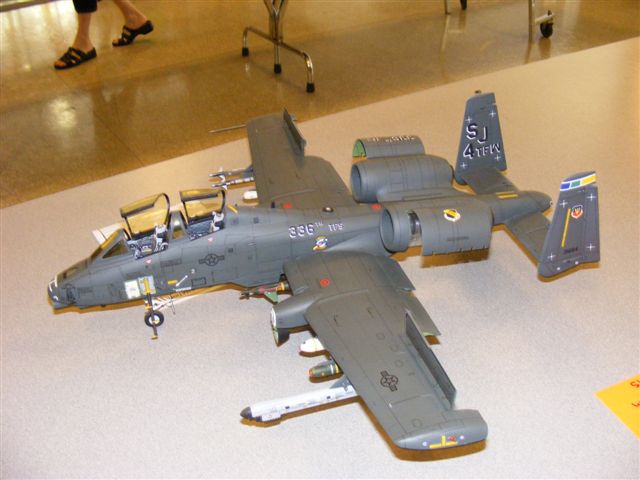 The 1/48 scale jets category was virtually empty, but I didn't fair well there. 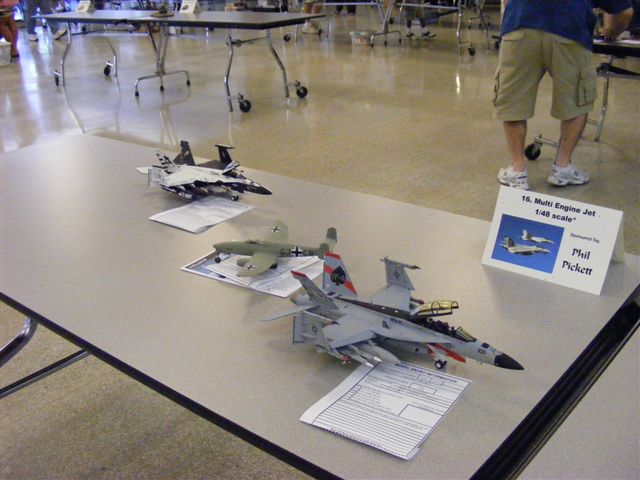 There were no entries in Vacu-Form/Scratch Built and only one in Civil/Racing: My P-51. 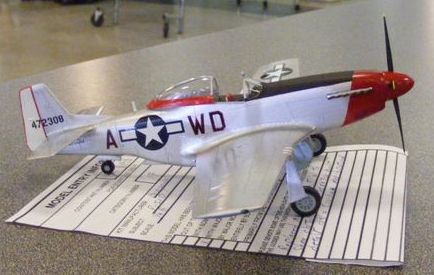 I took a first in Civil & Racing with a P/F-51D which I had converted to a two-seater and civilianized. I had seen this aircraft at an airshow and the owner let me get up close and personal with my camera.

I also took a second with my P-26C and a third with my P-40C. There were many empty categories in aircraft. 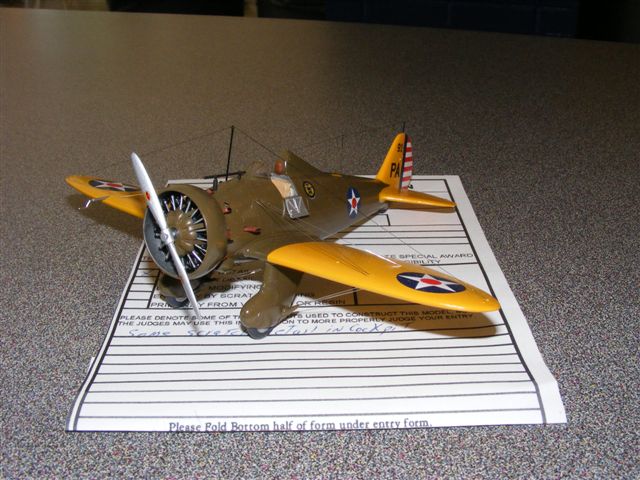 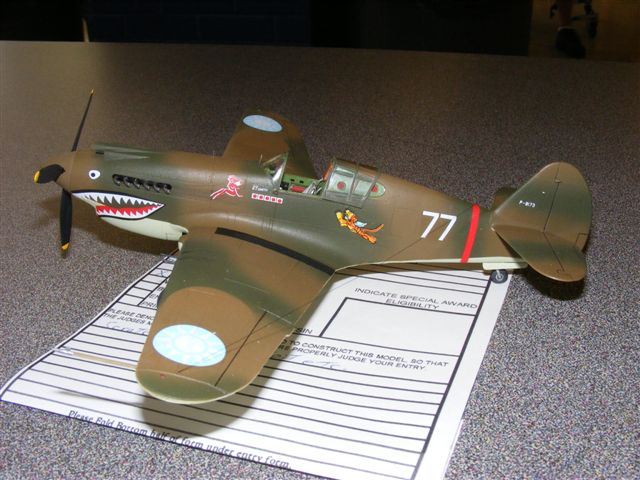 There was very stiff competition in figures with a lot of well done entries. 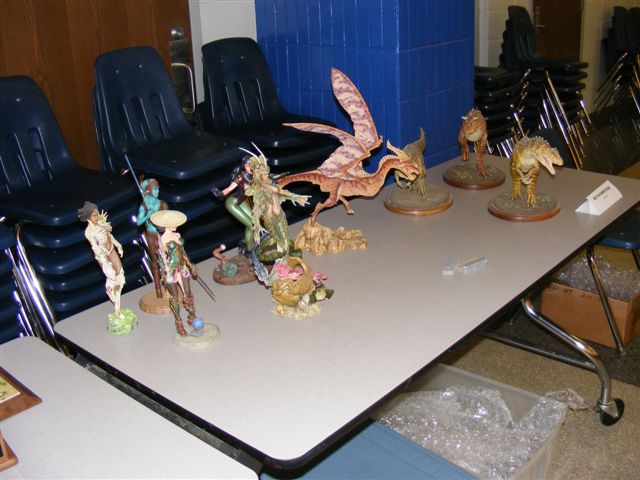 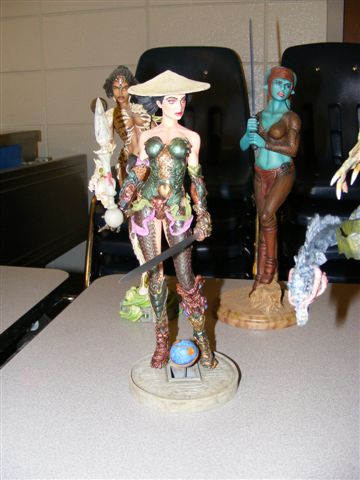 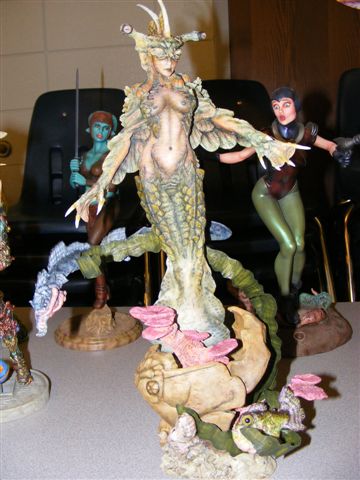 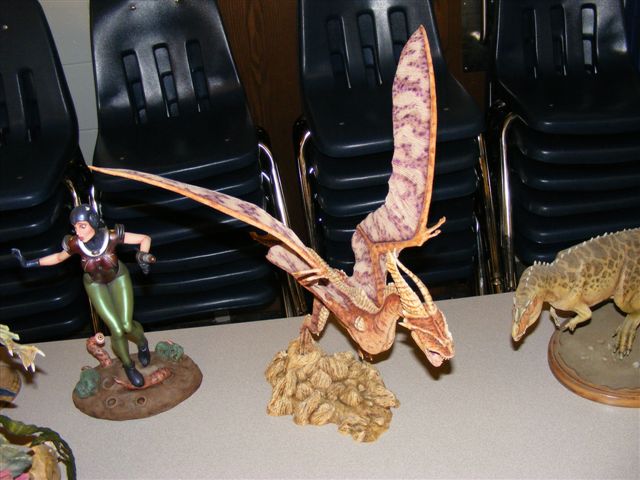 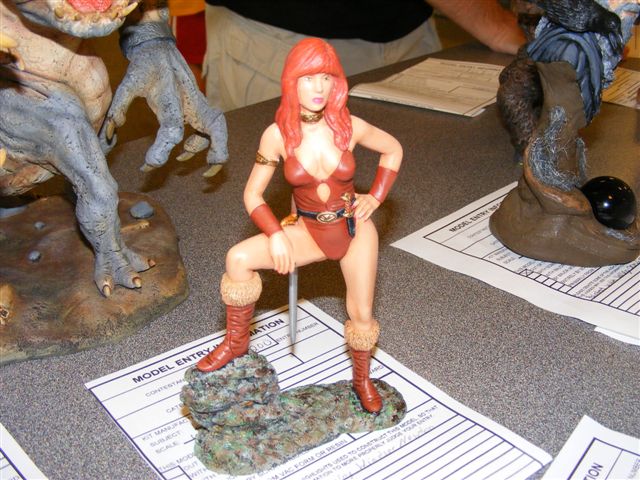 The car categories, however, were another matter!  There must have been two hundred fifty entries! After all, we were in NASCAR country. 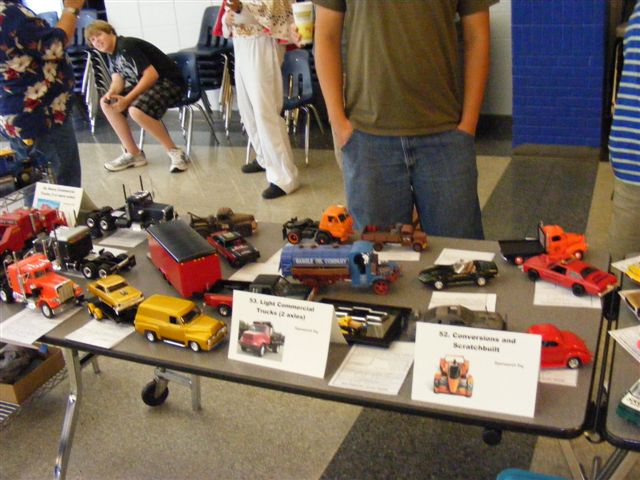 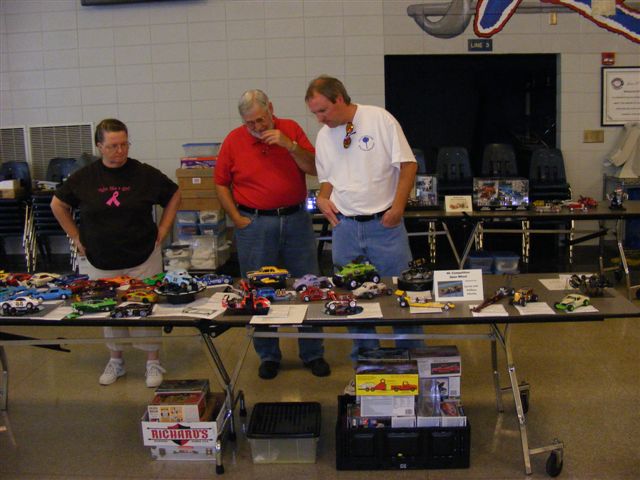 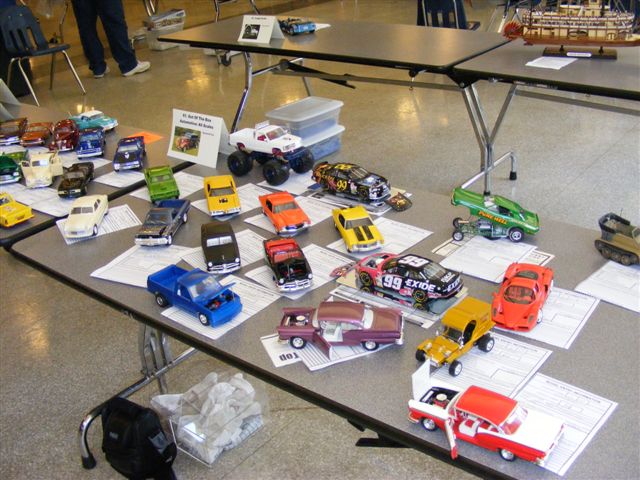 David Von Almen told me, well, I'll never win anything. Surprise! He took a second place with his Corvette. 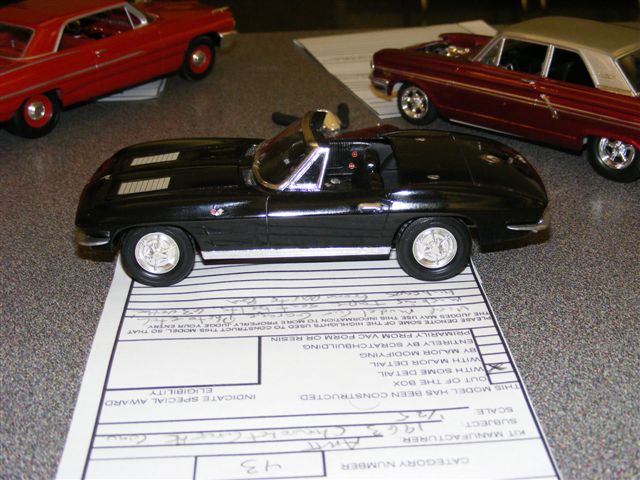 The rest of the entries was made up of a few armor/AFV's and a few ships, some very well done. There was one in particular, a paddle wheel steam boat. It was very nice!  We were given ballots for "People's Choice". I voted for it. 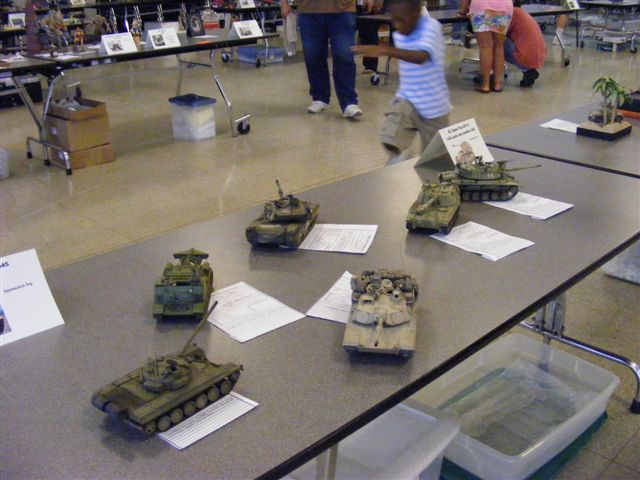 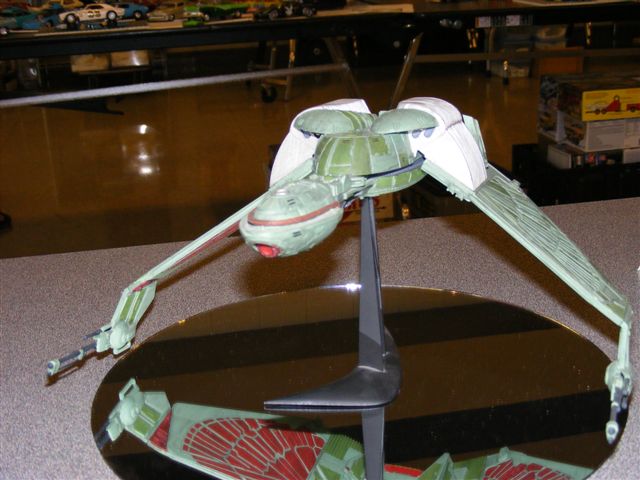 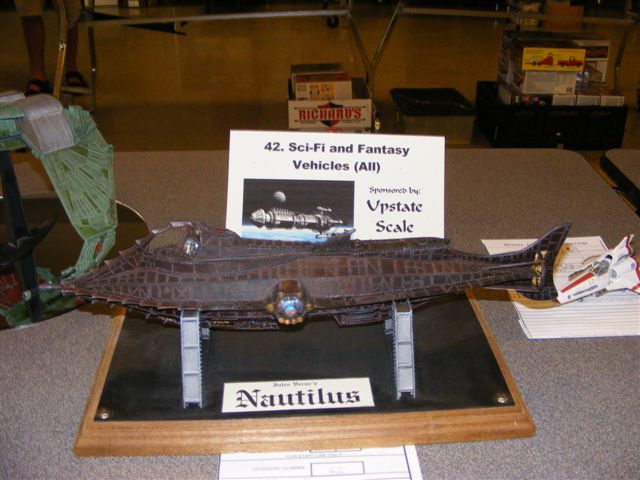 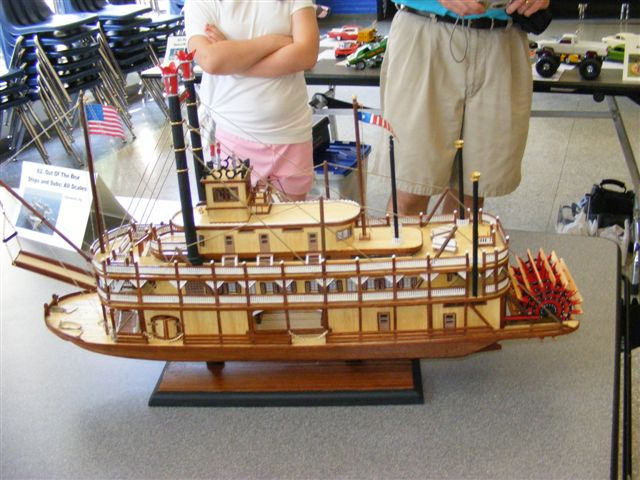 That's about it!   Did I mention, it was hot!  Even Elvis was tuckered out! 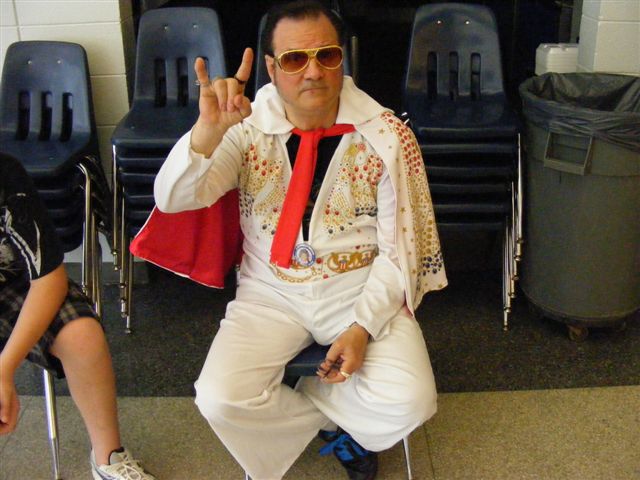