Thought I (Jerry Hall) would give ya a little run down on JAXCON 2011.

As usual, the day started at “zero dark thirty”…never get tired of that…

I met Tod Hickman in Bonaire and we drove to a Huddle House at the intersection of Hwy 96 and I-16.

Although it rained nearly all the way, the drive was uneventful. We did the usual as we drove: talked about modeling, politics, our families, present and past events.

We arrived at the contest site right at 11:00 AM. The sun had come out from behind the clouds and all looked well.

All of us had filled out our entry forms ahead of time, so checking in was a breeze. After placing our models on the tables, it was on to the vendors!

The smell of plastic was overwhelming! AAHHH! The vendor room was pretty small, it was a good thing there were only about 15 vendors. They were literally crammed back to back. 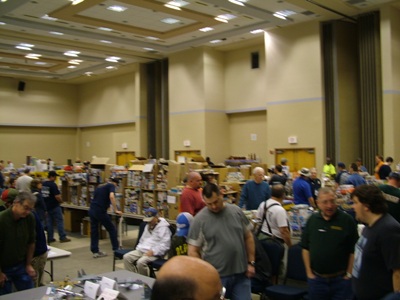 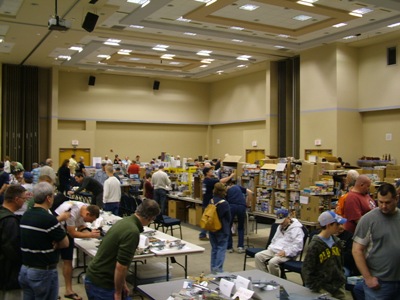 We have a much better setup at the museum. Many of the attendees spoke to me and told me they had a good time last year and are looking forward to this year.

After finding those “can’t live without items” a modeler always needs, we went to lunch at the snack bar. It’s a really nice one, but small.

When judging started, we decided to go looking for hobby shops in the local area. We found one, but the others were out of business…closed… L sniff!

We headed back to the contest and most of the judging was already completed. Trophies were on the tables! How exciting!

We eagerly went in search of our models and ….there! I saw the gleam of…silver! Yes! Gil Hodges then made and announcement that the first place trophies hadn’t been put out, so hang around.

Well, I knew I wouldn’t have one of those coveted “Gold Medals”, but we decided to stick around as the raffle was still going strong, so I got the camera and began taking photos.

There were some really nice ships, cars, trains, armor, dioramas (really nice ones too), figures (wow!), some miscellaneous stuff, humor, and sci-fi. All, very well done, even the junior stuff…

I don’t remember exactly how many models there were, but it was very close to 500 with 92 entrants. 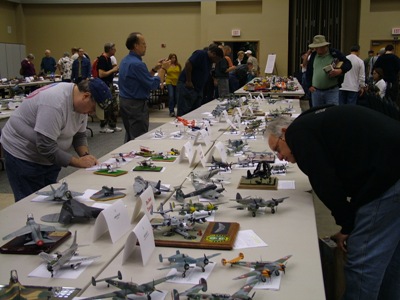 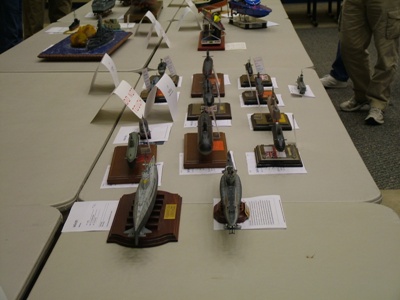 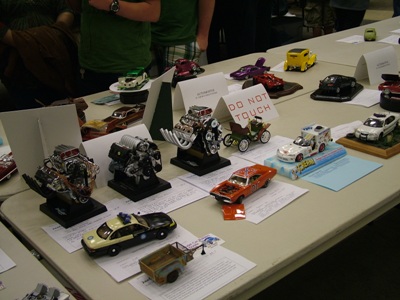 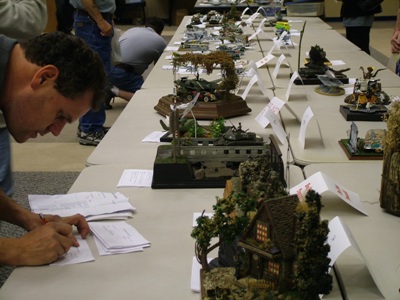 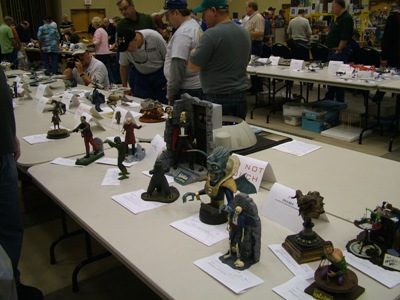 I finished making photos and checked the raffle. I won! I won a ship and a tank. That’s OK, I’ll put them in our raffle. Bruce and I had purchased raffle tickets for a 1/32 scale F-15 kit. It was one of those premium kits everyone wants. Nah! We didn’t win it.  I hit the vendor room again and found the guys were willing to negotiate prices. I found an Eduard F6F Hellcat combo: two model kits for one! Wow! Only $45.00!

I bought a few more kits and supplies  and then we waited for the final awards to be given. I noticed Bruce and Tod had also purchased some kits.

Gil then  announced awards would be given out at 4:45. He started a little early with juniors. All the kids got awards or certificates and a little prize. Then, on to the adults. He got right into as he wanted to get it done.

I was talking to a guy next to me and heard a familiar name: Jay Barfoot! He took a first place for his F4F-3 Wildcat! Yes! 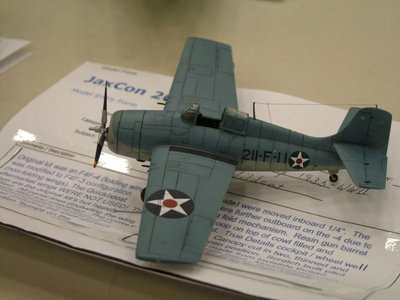 Then, on to the other categories…Again, a familiar name: Tod Hickman! A first place for his Ryan XFR-2 Dark Shark. Yes! 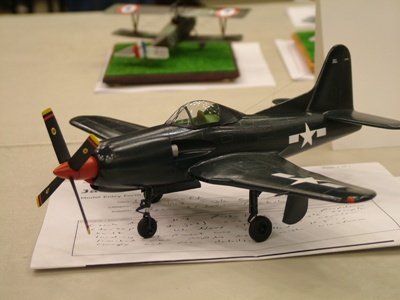 Then, on to Civil and Racing…pause….Jerry Hall! What? Me? Yes! I took a first place for my Williams Brothers Caudron C 460. I was certain a racing conversion of the P-51(The Red Baron) had beaten me.It was really well done and I had beaten it! Wow! 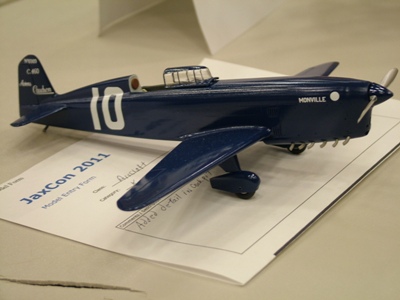 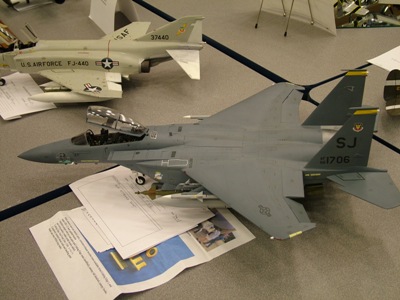 I also had a second place with my P-26C and A-1J Sky Raider. 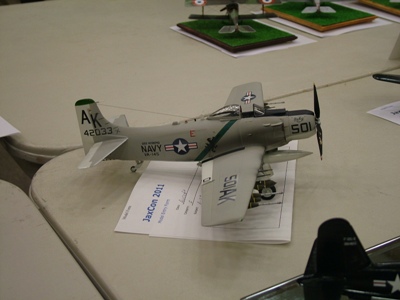 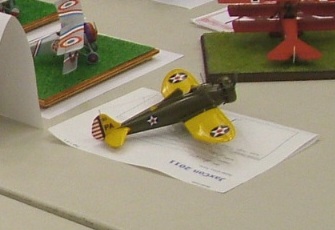 We then decided that neither of us would take Best Aircraft, so we decided to head for home.  We stopped for dinner at a Shoney’s, it was pretty good, then headed on home.

We got to  Huddle House at about 10:00PM. Well, I know what people in Jeffersonville do on a Saturday night. The parking lot was full!

I dropped Tod off in Bonaire and then to home and to bed.

All in all, it was a very successful, well run contest for the Jacksonville Boys(First Coast Modeling Club). They are to be congratulated. We all enjoyed it very much.

For those of you who missed it, well… I’m sorry about that. All of you could have won something. Maybe you can go next year.

Don’t forget: Anniston is  on April 16th. Let’s go for the Gold!

More pictures of JAXCON may be seen here courtesy of Bruce Radebaugh.