On Sep 25, the club provided a display of models for the Galleria Mall in Centerville, GA.  Table set-up was at 9:00AM and the display ran from 10:00AM to 3:00PM.  Member turnout was good with at least 16 attending sometime during the day.   People arrived and left as their schedules permitted.  Charlie Johnson was there, too.  It was good seeing him up and around again. 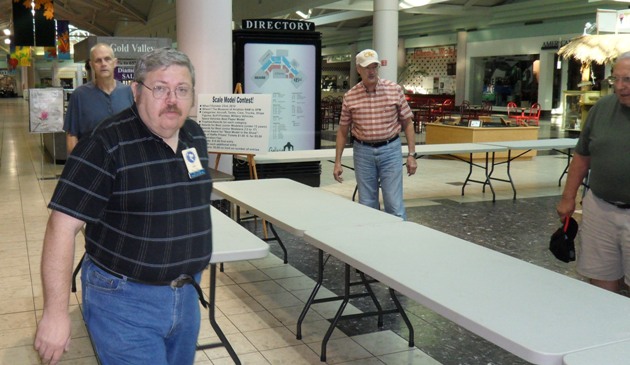 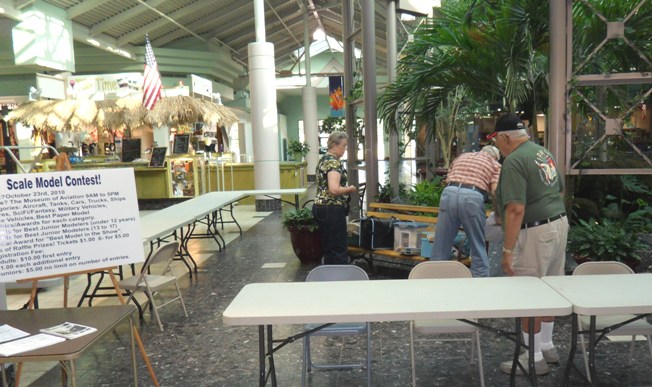 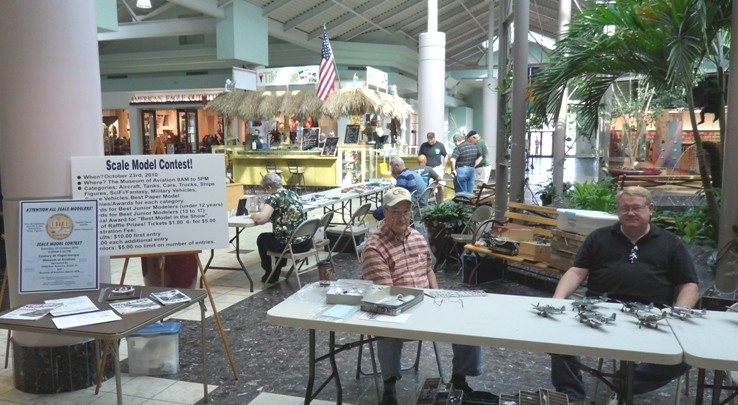 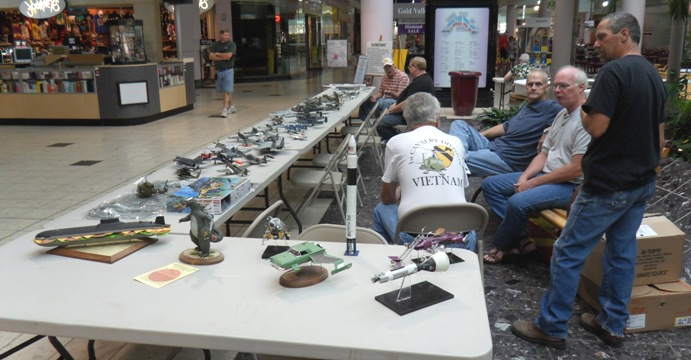 The goal of the display was to raise the public's awareness about the club and to recruit potential members.  I think we were successful on both counts.  There was a steady stream of people looking at the tables.  A lot were asking relevant, intelligent questions and most seemed genuinely interested.  Some were downright enthusiastic!  At least five said they will attend our meetings and provided their contact info. 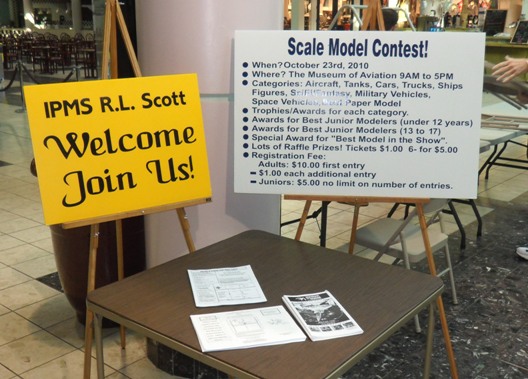 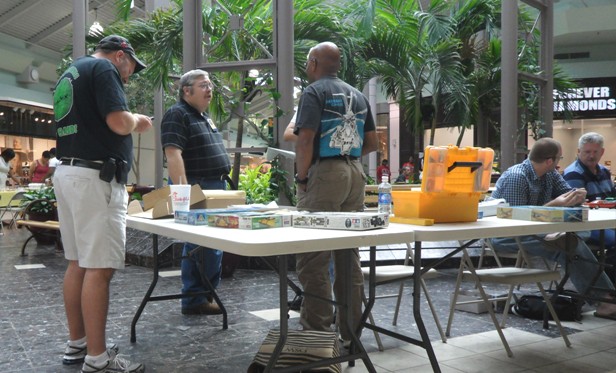 As to the types of models we displayed, the majority were aircraft (Props, Jets, and helicopters) 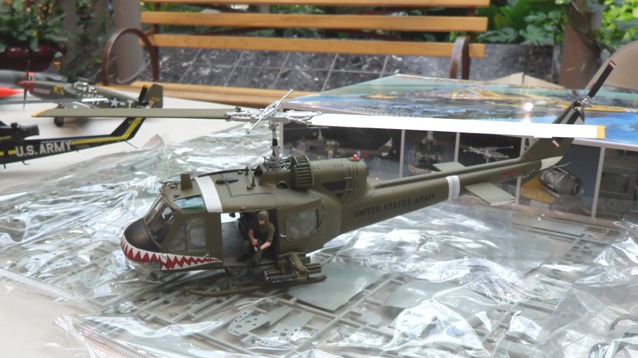 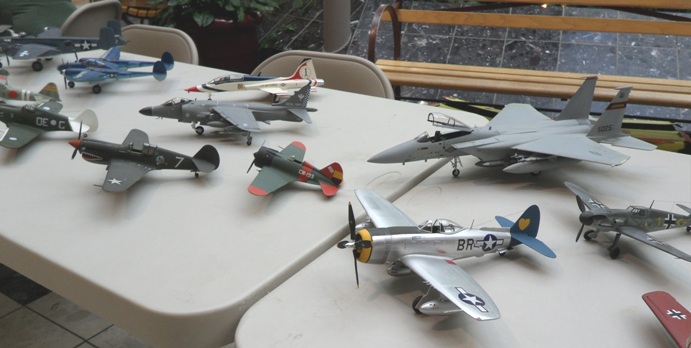 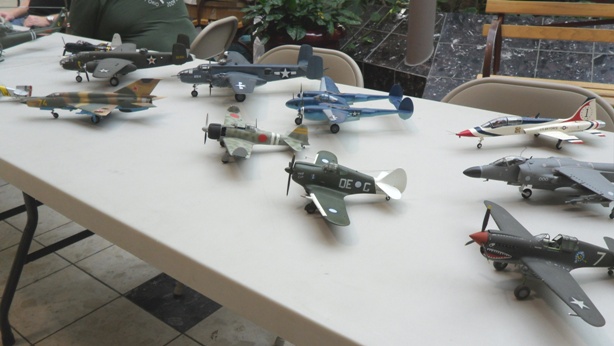 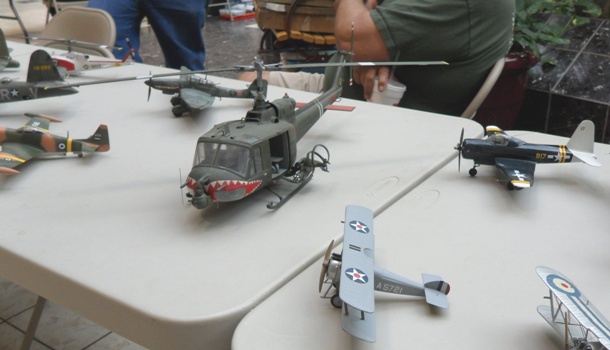 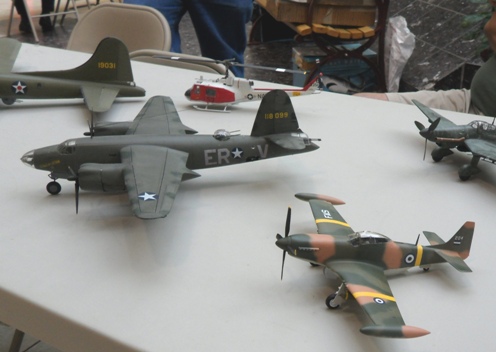 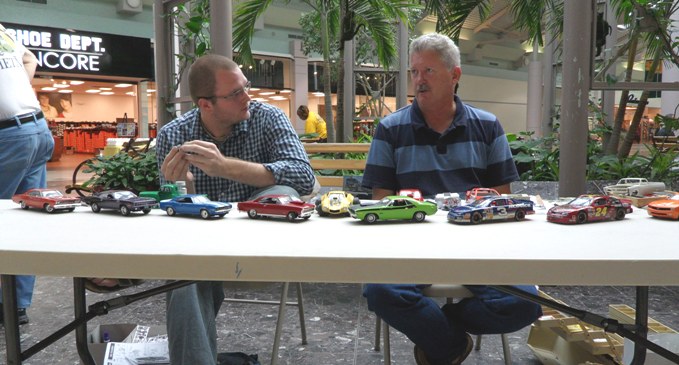 As did Carol Hall representing the Figures Guild. 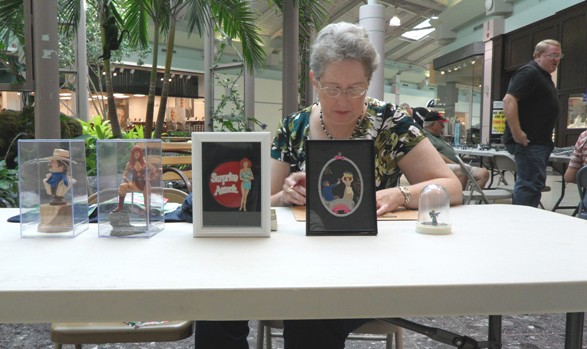 Conspicuously absent were the Armor and Sci-Fi modlers.  Paging Chris Miller and John Clay!!!  I'm sure they had to work, though, so they were busy keeping America safe.

Ron Wetmore had just finished his Kinetic 1/48 E-2C Hawkeye and brought it to display.  Ron added motors to the kit that spin the props.  This allowed me to play with my camera a bit as I video taped 15 secs of it in operation.  Click below to see it. 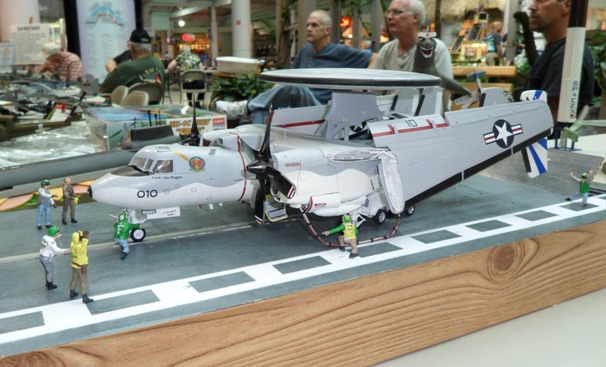 The Mall display was a very good experience.  We definitely achieved our goals.  It was also a good time sitting around, talking plastic and working on models.  From looking at Jevan's 1/72 Anigrand KC-10, to listening to Fred talk about how he restored a 1/24 Huey Hog, to discussing with Ron how he wired his motors, to watching Jerry super-detail his Corsair engine: it was a great time.  If you weren't there, you really missed out.