We had good club representation at this event as seven members attended.  Two (Bob Clay/Jonn Sostarich) left early as they wanted to drive the back-roads.  Ron Wetmore and his daughter left from Macon pulling a trailer full of his ships.  The rest of us met at the church and departed for Alabama at around 8:40 while keeping a close eye on the weather: It was definitely "Dorothy" weather around. 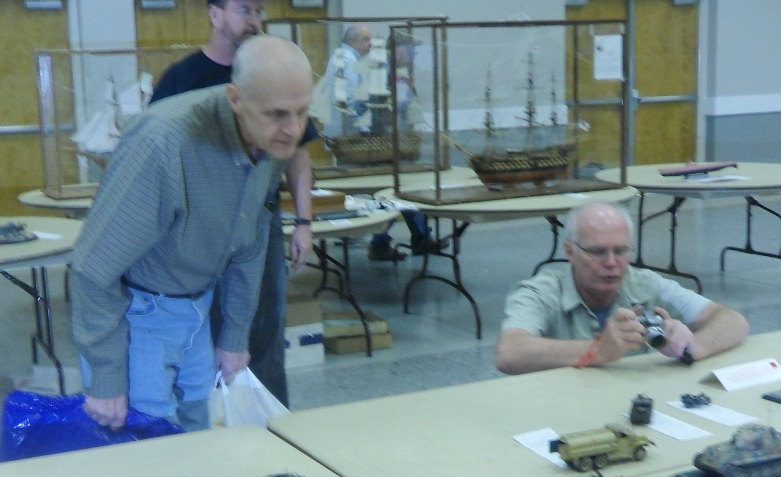 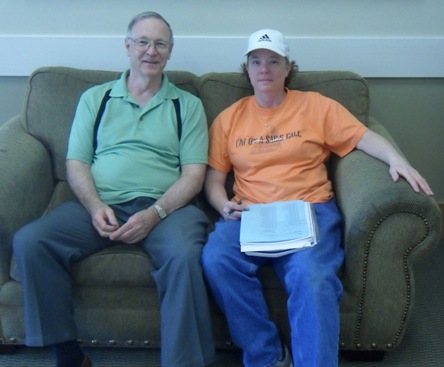 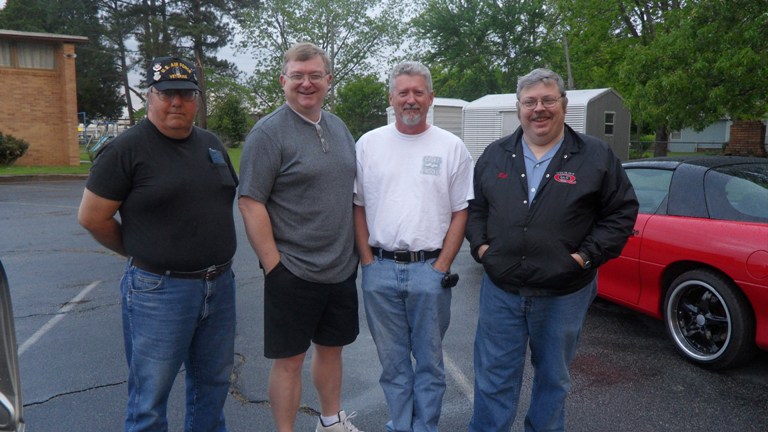 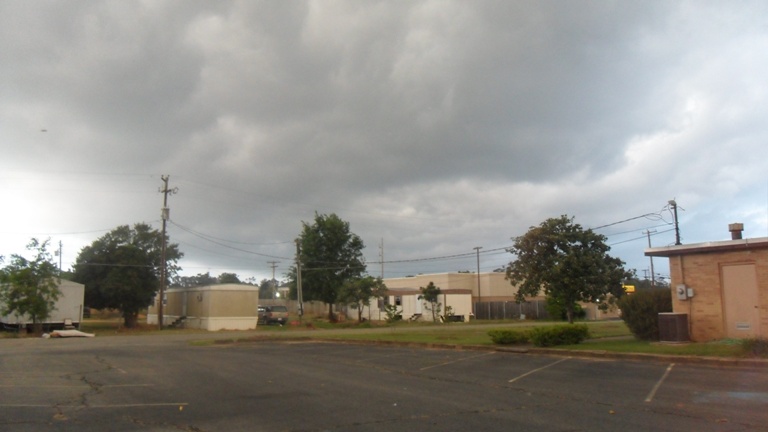 The route taken up was I-75, I-285 and I-20.  After around 3 hrs, we arrived at our destination, the Anniston Meeting Center in beautiful downtown Anniston. 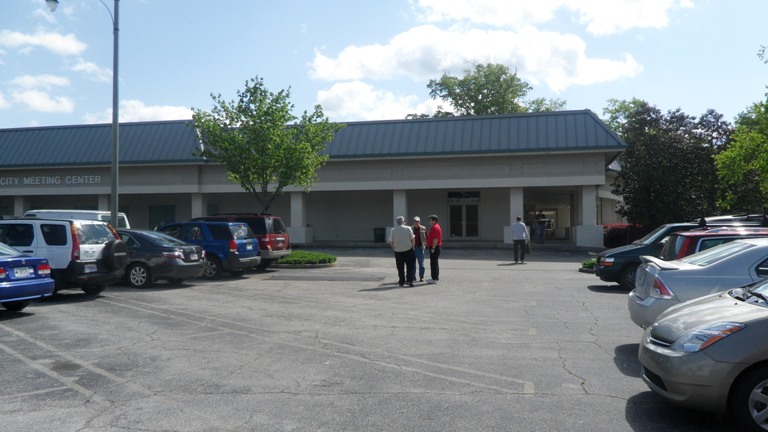 Bill Paul entered his Mercury Capsule, LEM and his Bf-109 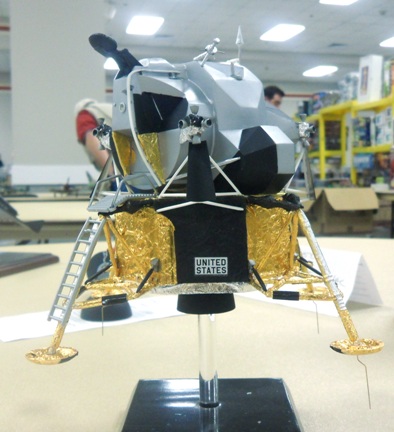 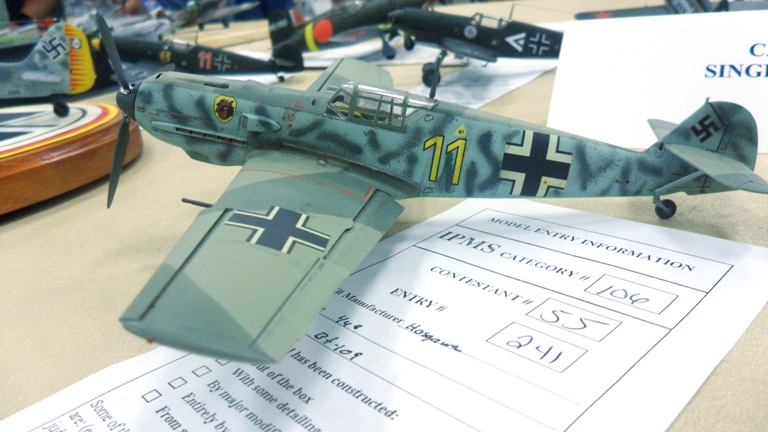 Chris miller entered his T-Rex and “The Witch” 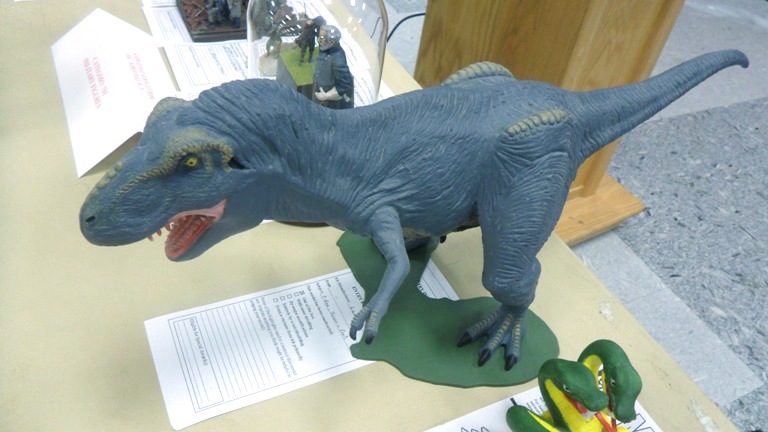 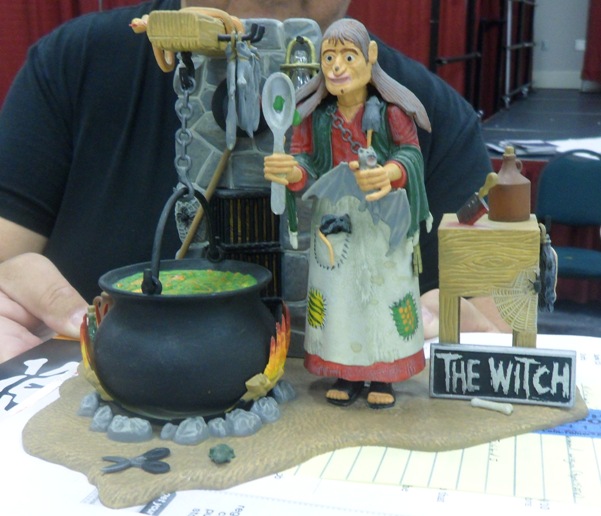 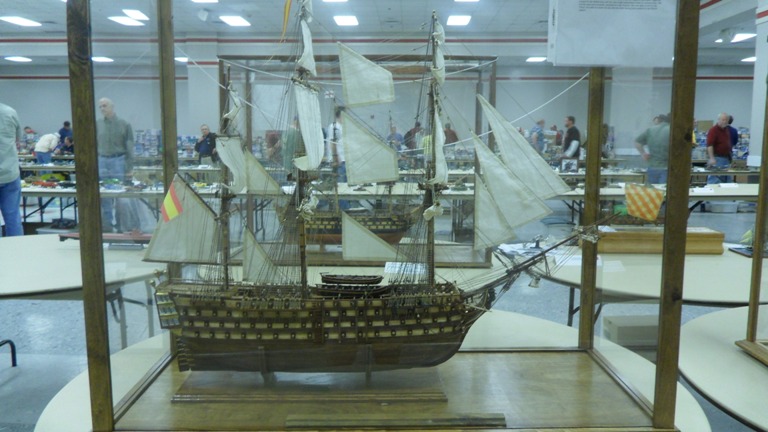 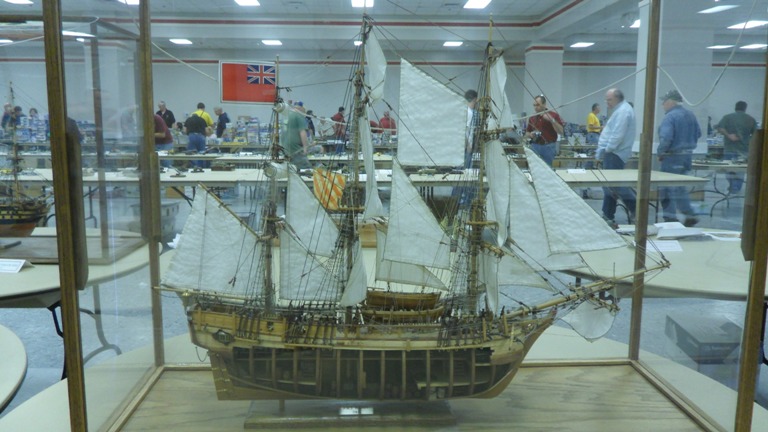 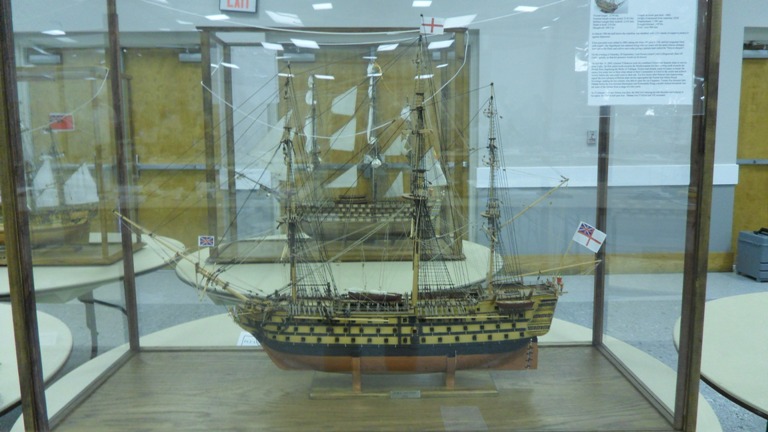 For those who've never been to this venue, the Anniston meeting center is a converted grocery store.  The inside was gutted then rebuilt with a Main Meeting area with numerous mini-meeting rooms along the perimeter.  The competion tables and vendors were both in the main room but there was plenty of space and the lighting was very good.

The Phlashers are reporting over 300 models were entered with over 85 vendors tables sold.  Automotive entries appeared to be down but Aircraft (especially 1/72) appeared to be up.  Aircraft was by far the largest class represented.  I would guess military vehicles were second.  Ships weren't represented all that well, but those that were there were very well done.  I just wonder how the storms from the night before affected their entries because the Anniston area was really hammered by them.  For a sampling of the entries go here: https://ipms-rl-scott.webs.com/apps/photos/album?albumid=11406206 .  Photos courtesy of myself and Bob Clay.

The raffle table and prizes were large again, though not quite as large as last year. Grand prize was the print "Shark Sighting- Giving Teeth to the Tigers" by John D. Shaw. This limited edition print is professionally framed, and signed by no less than fifteen Flying Tigers.  Unfortunately, none of us won that.

All in all, we had a really good time.  The Phlashers really know how to put on a show.   Can’t wait for next year.