A dilemma aircraft modelers often encounter is ensuring the proper alignment of the wings, horizontal stabs, landing gear, stores, etc. before permanently gluing them.  Aircraft equipped with floats, a parasol type wing or multiple wings are particularly troublesome.  To help them with this process, a lot of modelers utilize an alignment jig.

An alignment jig is a mechanical device designed to locate and hold a component in the proper alignment during an assembly process.  There are a number of them specifically designed for model assembly and they can easily be found on the web for sale.  However, they can be fairly expensive.

Club member Louis Beverly faced alignment problems when he began building his MPM 1/48 scale Arado Ar 231.  The Arado Ar 231 was a light-weight seaplane developed during World War II in Germany as a scout plane for submarines that not only had floats, but a parasol wing, too. 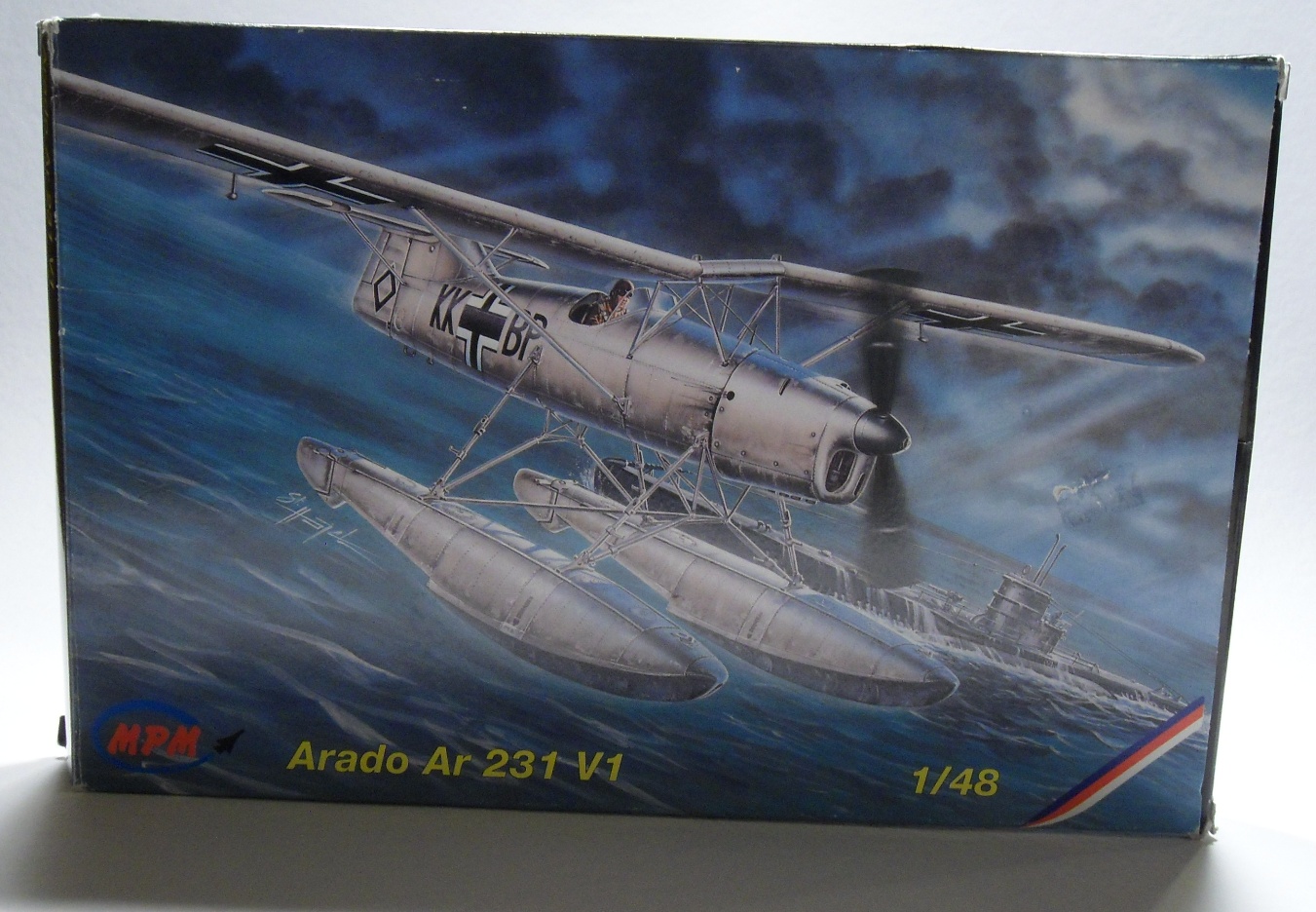 Designed from the outset for use on a U-boat "cruiser" Type XI B, the Ar 231 was a light parasol-wing aircraft. The aircraft was powered by a 160 hp Hirth HM 501 inline engine, weighed around 2,200 lb, and had a 33 ft wingspan. The design led to a simple and compact aircraft that could be fitted into a storage cylinder only 2 m (6.7 ft) in diameter. The need to be stored inside the submarine necessitated compromises in design.  For ease of storage, the Ar 231's wings featured detachable sections that two operators could remove in less than six minutes. One unusual feature was an offset wing design, with the right wing root attaching to the wing's tilted center section (elevated above the fuselage, as on all parasol-wing designs) and lower than the left wing root, to allow the wings to be quickly folded up.  The unusual wing layout can be seen below.

Louis devised a novel way to tackle the alignment problem.  He used LEGO building blocks to help align the wing, fuselage, and floats while attaching numerous bracing tubes and supports. The various LEGO shapes and sizes allowed the jig to be built to just the right height for each supported member.   Once aligned, the parts could then be glued. 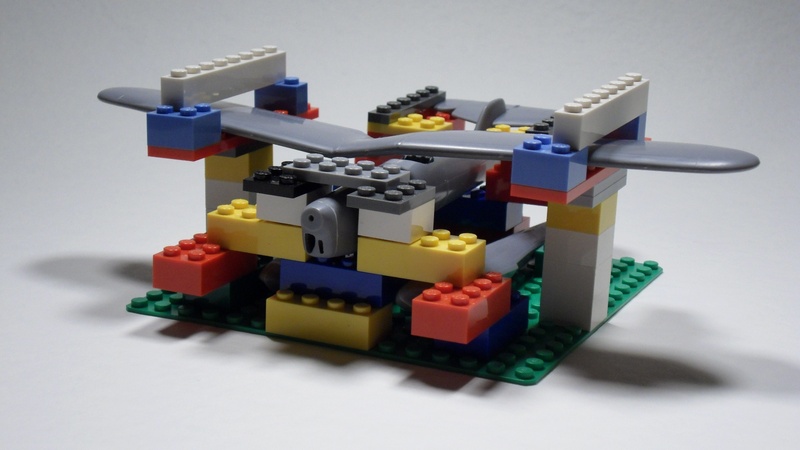 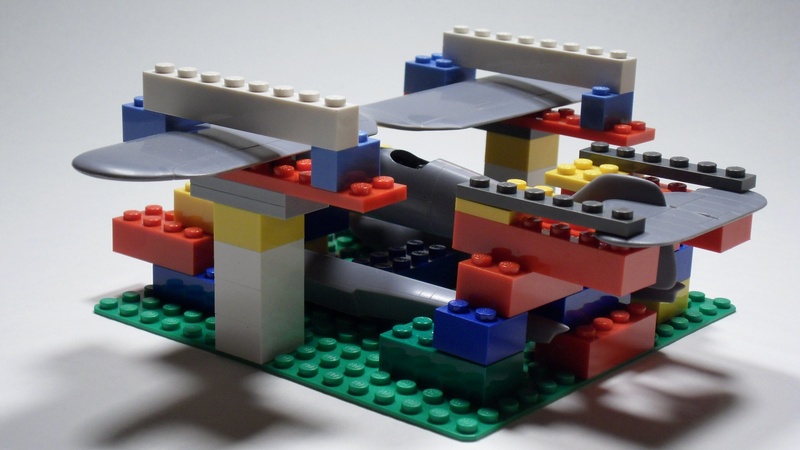 The Lego jig has the advantages of being inexpensive, easily modified and re-usable.  Simply run down to Wal-Mart and buy a variety pack of Legos.  Just make sure to tell the cashier that you're buying them for your kids.  Wouldn't want anyone getting the wrong idea!